Tuscany is famous for its extra virgin oil and for its food and for its magnificent places, one of these is Porto Ercole in recent weeks is at the center of all newspapers for the visit of Pippa Middleton, but where is Porto Ercole? let’s see
How to get there: London  Pisa Airplane about 2 hours, then another 2 hours in car

Porto Ercole, the second center of Monte Argentario(Tuscany), is located in the southern part of the promontory. The Etruscan and Roman phases of the ancient Portus Herculis are currently quite elusive, while a reconstruction of the history of the Argentario promontory is reliable from the first century BC. It belonged initially to the Domizi Enobarbi family, then passed to the emperor Domitian and was donated to Vibia Matidia da Traiano in the 2nd century AD. In 312 d.C. the emperor Constantine donated it to the Basilica dei SS. Pietro and Marcellino and after the fall of the Western Roman Empire became dominion before the Byzantines and later the Longobards. 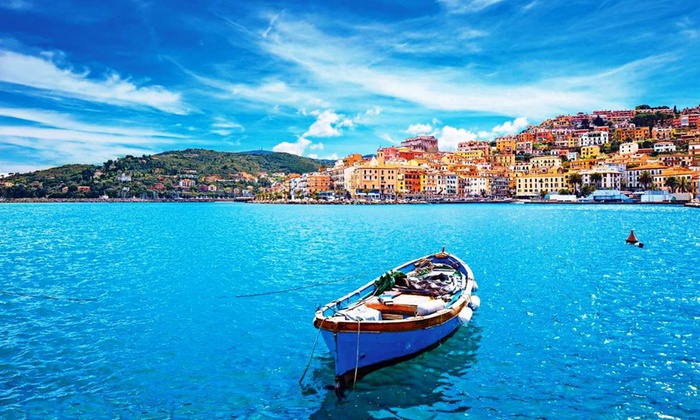 In the Middle Ages, Porto Ercole was the subject of disputes between the abbey of the fountains three and the Aldobrandeschi family. In the XIV century it passed to the Orsini counts, from 1410 to 1414 it became the dominion of the king of Naples Ladislao and following the death of the latter fell under the domination of Siena. In 1555 Porto Ercole was the scene of the desperate resistance of the French (allies of Siena) from the attack of the Spaniards and after a long siege, led by the Marquis of Marignano and the sea by Admiral Andrea Doria, in June Porto Ercole fell and with the Treaty of Brussels it went to form, together with Porto Santo Stefano, Orbetello, Ansedonia, Talamone and Porto Longone the state of the Presidi governed by the viceroy of Naples. In this period the strong Filippo, Stella, S. Caterina and la Rocca were built. In 1707 the Austrians conquered the Kingdom of Naples and after a long siege, March 22, 1712, Porto Ercole was forced to surrender. In 1802 with the Napoleonic conquests, the State of the Presidia ceased to exist and its territories were absorbed by the Kingdom of Etruria. In 1815 Porto Ercole was annexed to the Grand Duchy of Tuscany and finally in 1860 it was joined to the Kingdom of Italy. The main works to visit in Porto Ercole are undoubtedly the fortifications dating back to the era of the State of the Presidi. Forte Filippo is a formidable fortification built with the most advanced techniques of military architecture of the time. It was commissioned by Filippo II and Giovanni Camerini carried out its works. Set in a ditch dug into the rock, it has four bastions and a single access via a lift bridge, in the basement there were the powder magazine, deposits and warehouses; the battery of Santa Caterina located further down the hill completed the effectiveness of the artillery. La Rocca is not the result of a single design and construction phase, but has undergone significant changes over time; as it is currently designed by Giovanni Camerini. Inside it looks like a military citadel divided into squares and courtyards joined by a gallery to the battery of Santa Barbara that completed the potential of fire of the complex. Forte Stella dominates a large area located behind the port and takes its name from its geometric shape, star-shaped, with a hexagonal courtyard at the center. It presents numerous loopholes for the artillery both towards the countryside and towards the sea. Also the access of this fort is equipped with a lift bridge. Another important building is the Governor’s Palace located on the square of Santa Barbara. Built in 1508 under the Lordship of Siena, it was rebuilt by the Spaniards after the sack of the Saracen pirates of Khair ad Din called the Barbarossa, to become the residence of the governor of the garrison.